The FluidSim program started as simple calculation combining diffusion and volume flow along a tube in 1984. The algorithms underlying the finite-element simulations have been validated in numerous (over 38) publications where calculated results were compared with measured data. Over the years the program has increased in sophistication, now including all the tissue and fluid compartments of the mammalian ears for a number of species.

But as with any computer program, it is difficult to explain "How it works".  We have now put together a slideshow showing some of the inside details of how FluidSim is constructed.

As an example, this figure shows how the alignment of two adjacent compartments is quantified for FluidSim 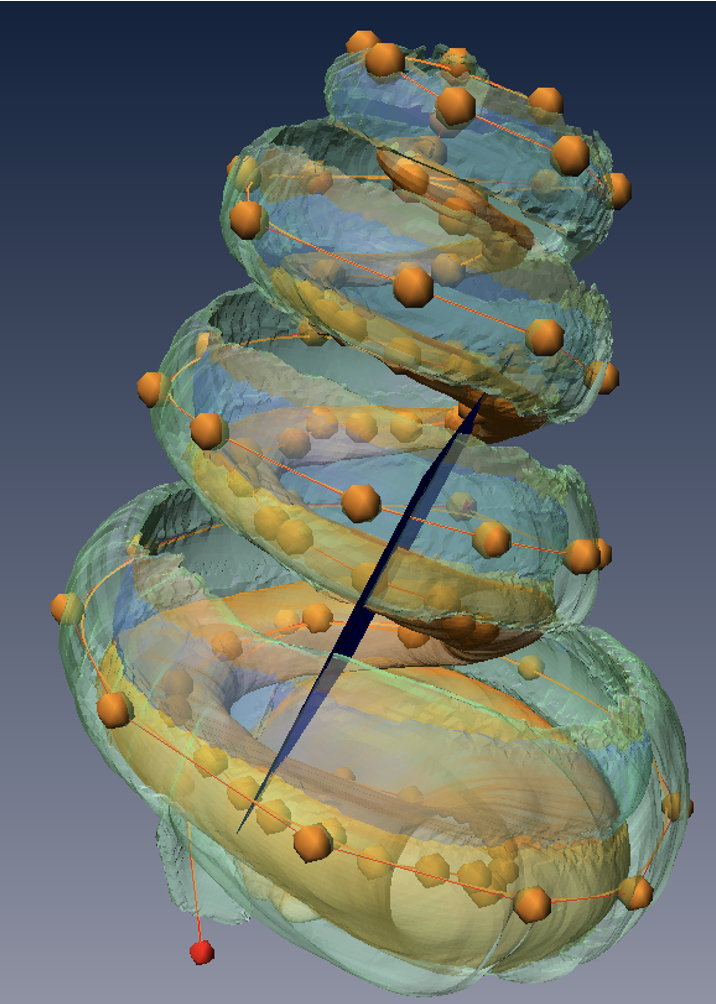 This picture shows scala tympani (ST; the orange, solid spiral) and the spiral ligament (SL; transparent teal spiral). The simulator needs to know which locations along ST contact which locations along the SL, so that drug movements between the two can be simulated. Two splines (lines connected by orange balls) has been fitted along the two structures. The black squares that you see "end on" are two measurement boxes, one on the ST spline and the other on the SL spline. The boxes have been aligned with each other so the measurement locations along the two splines can be compared. From many such measurements, the plot below, showing how the spiral ligament lines up with scala tympani and scala vestibuli (all of which are different lengths as they follow different spirals) can be developed. The interconnections are then programmed into FluidSim. This is just one example of the detail that is incorporated into the calculations of FluidSim. 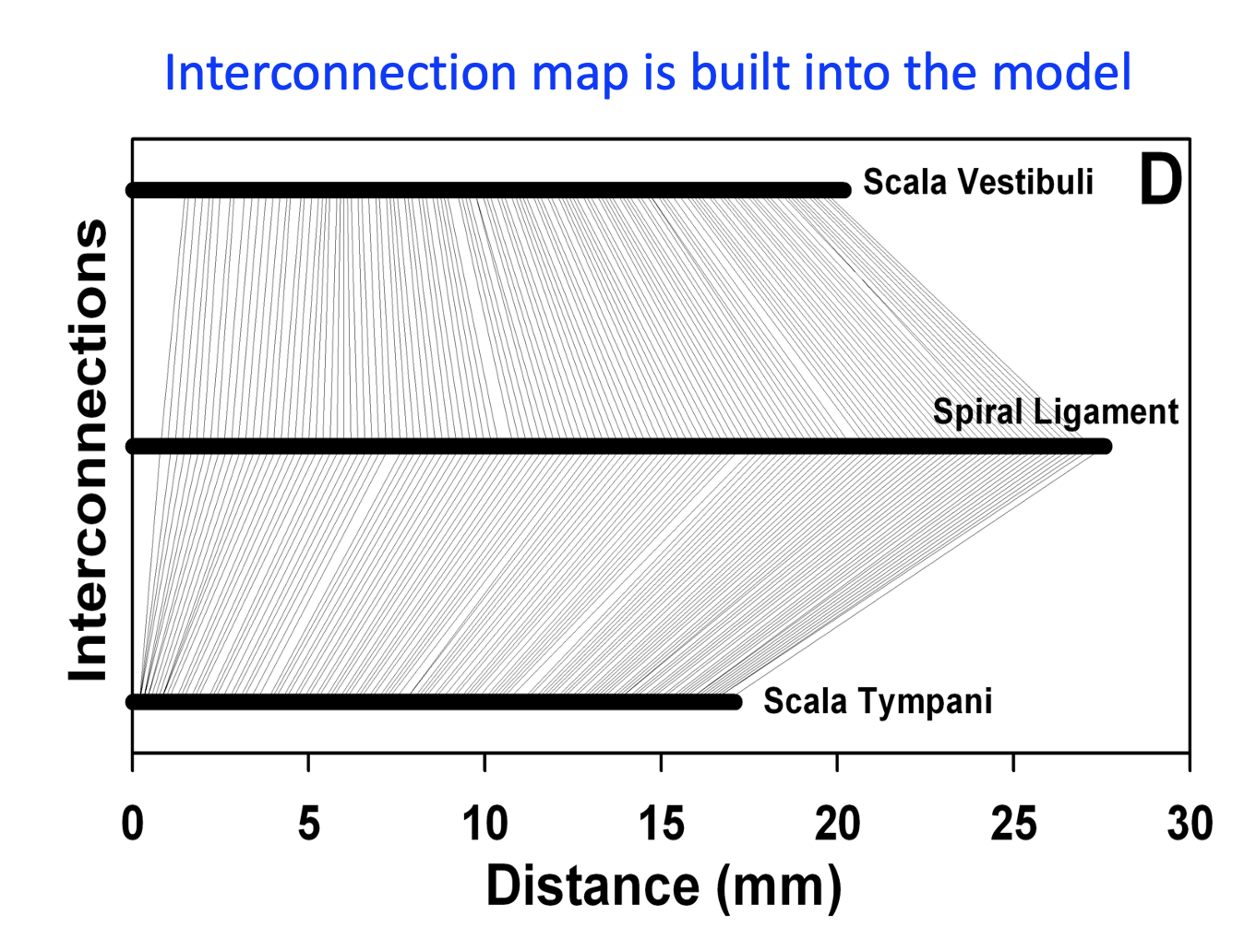