Terminology for Drug Therapy of the Ear

If your ENT doctor wants to treat a problem in your ear (such as sudden hearing loss, or Meniere’s disease) with a locally-applied steroid, he will typically use:

– Or that is what he typically tells you.

In reality, the forms of drug commonly used for intratympanic injection are:-

In some cases, the drugs have hydrophilic (water-loving), “polar” groups bonded to them, such as the phosphate or succinate groups. This makes the molecule more water-soluble, so that the injection can include drug at a higher concentration. In other cases, the drug is modified to add lipophilic groups, such as the acetonide bonded to triamcinolone, which can make it more effective by allowing it to pass though biological membranes more easily. 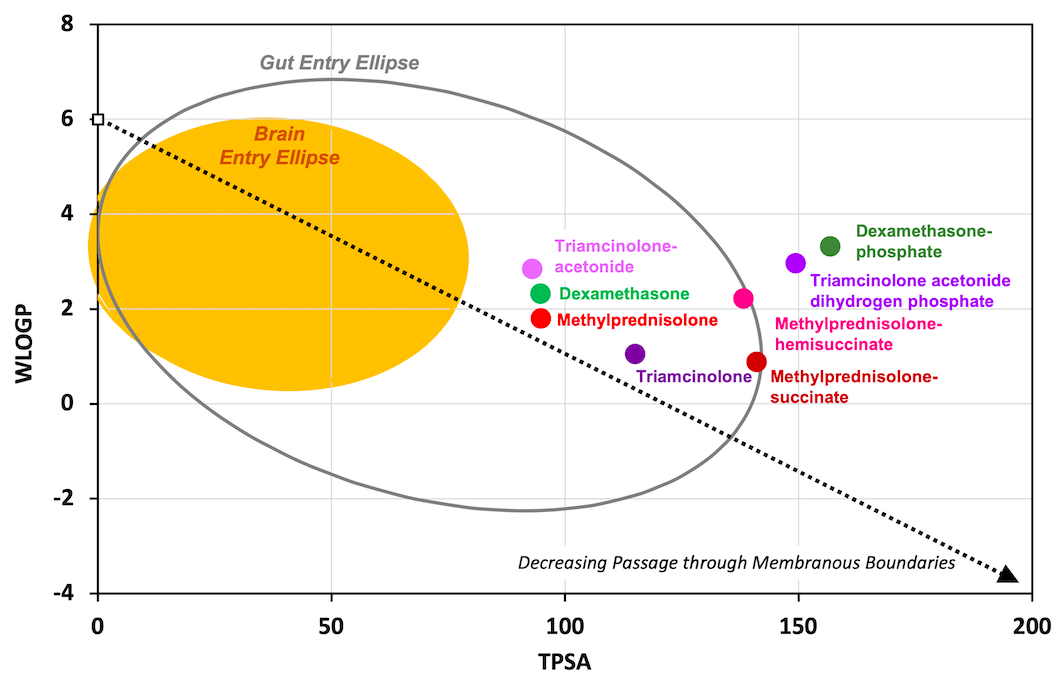 The situation is made worse by the poor labeling of the drug vials. On some, the word "Dexamethasone" is given in large, bold font while the "phosphate" is given in smaller font. Many physicians think they are administering dexamethasone when in reality they are not. Some have been vehement they are giving dexamethasone, only to accept defeat when thy have called their nurses or checked with their pharmacy to check the product label carefully.

The problem is that the use of  “loose terminology” has carried over to scientific publications. When papers state that dexamethasone was given, only in a few cases cases is this really correct where dexamethasone was actually given. Far more commonly dexamethasone-phosphate was given. This is glaring apparent from the method detail when the applied concentration (e.g. 4 mg/mL, 10 mg/mL or 24 mg/mL) is well above the solubility limit for dexamethasone (89 ug/mL). Only dexamethasone-phosphate is soluble at these concentrations. The same is true for other steroids. When a paper says triamcinolone was given, in most cases it wasn't. Rather, triamcinolone-acetonide was actually given. When other studies come along and deliver the base form of triamcinolone to the ear, there will be total confusion because readers cannot distinguish what was actually given in each study. Currently, the literature on steroid delivery to the inner ear is an absolute mess, because authors have not defined their drug forms accurately.

With the more commonly used intravenous delivery of these drugs, the exact form has much less significance as most are metabolized to the base form by the liver. But in the ear, it's a totally different story. The specific form affects the rate of elimination from the middle ear, the rate of entry into perilymph through the round window membrane, and the rate of drug loss from perilymph to blood. Each of these properties can profoundly affect the amount and distribution of drug in the ear. In the ear it matters which form of drug is actually given.

Both to patients and in scientific literature - we need to state the precise form of drug being delivered to the ear.

This is presented in more detail in our publication:-