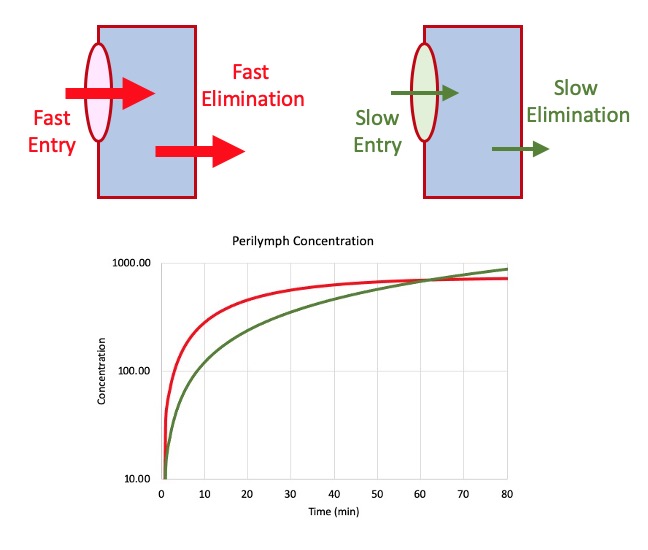 In this example, time courses were calculated for entry and exit into a simple one-compartment model. Half times used in the calculations were 600 min and 15 min for “fast” entry and elimination respectively and 1500 and 300 min respectively for “slow” entry and elimination respectively. It can be seen that measuring the perilymph concentration at the base of the cochlea will not allow you to differentiate between these two conditions. The method of "sequential sampling", which measures drug gradients along the length of scala tympani, can be used to verify how the drug spreads.

It means that “Taking and analyzing a perilymph sample from the basal part of the cochlea tells you almost nothing about the pharmacokinetics of the drug in the ear”. 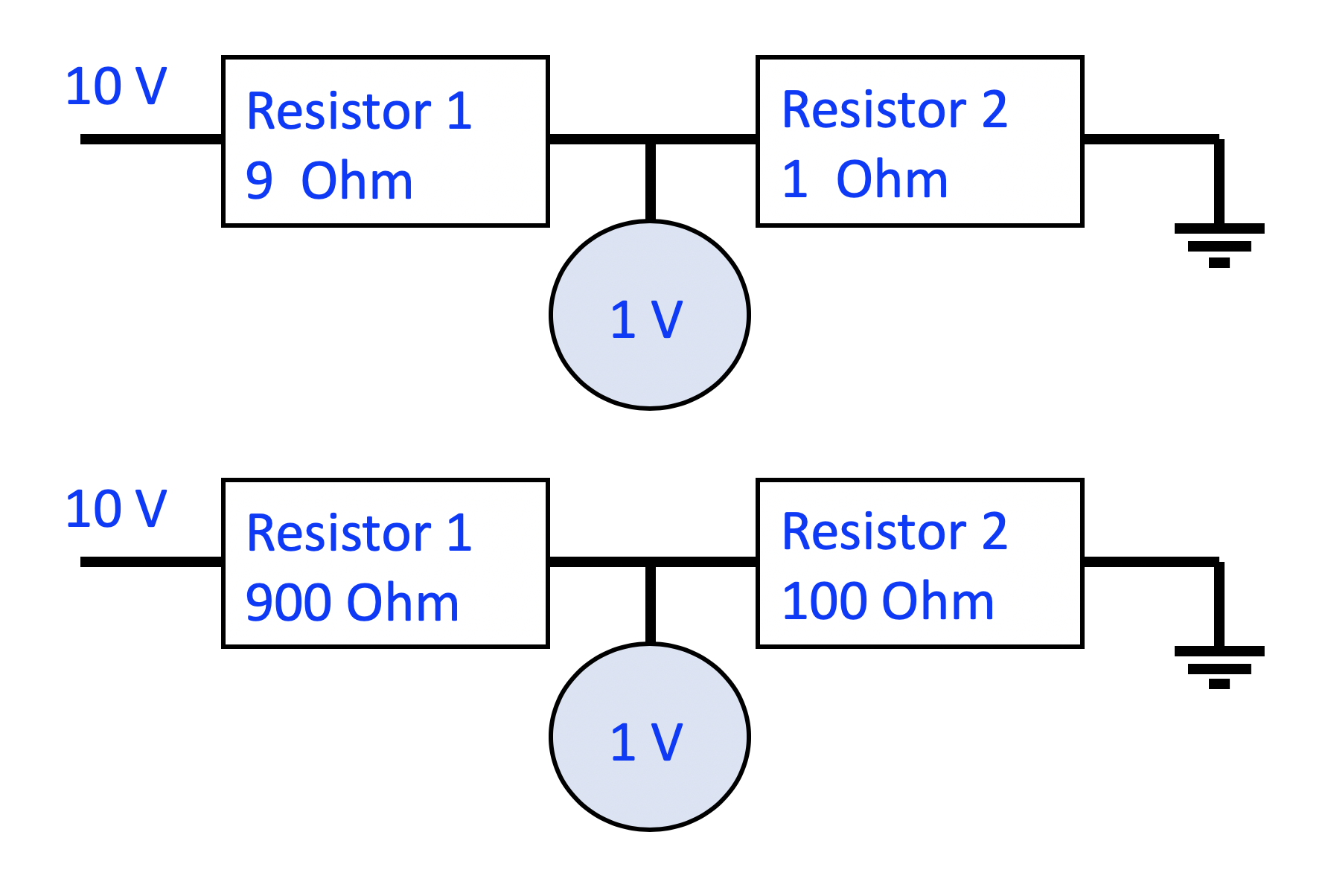 Be aware that interpreting drug concentrations in samples taken from the basal part of an animal's ear, and inferring how that drug may distribute in the human ear, is extremely difficult. In most cases, additional, more detailed PK studies are required.